Liam, 18, was shown around a £1.35million property in the upmarket north-west London area last Thursday night — just 24 hours after cougar-catcher Harry, also 18, viewed a des res in the same street.

One Direction, who found fame on The X Factor and are signed to Simon Cowell’s Syco label, have made millions after becoming global sensations during the last 12 months.

A source said: “The boys are working so hard and getting so much attention they want to start seeing what they’ve earned and find somewhere they can call their own and relax in.

“They really like the idea of Primrose Hill. It’s a celebrity haven and they’re the biggest news in town right now.”

This year alone, 1D earned £32million between them, helped by their album Up All Night which hit No1 in 16 countries — and a DVD that topped the charts in 25.
Next year they are expecting to earn DOUBLE that.

Prosperous Primrose Hill is cheekily dubbed Promiscuous Hill thanks to the love lives of famous inhabitants such as Kate Moss and Rhys Ifans.

The 1,400sq ft property Liam viewed is billed as an “extremely spacious 2 bedroom apartment located in a prestigious Georgian building”.

Furnished to “the highest specification”, it boasts a glass staircase and “mezzanine style study area” and is just “minutes” from Hampstead Heath. 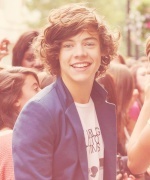